We bring you the latest TBB Best of Web links: Warn you about the cyberwars happening which will intensify, get you to think about the world according to these amazing population maps, warn you about the Medicare time bomb, how Puerto Rico became a tax haven, and an alarming manifesto about the democracy crisis happening around the world.

If you enjoy my blog, please pass it on to someone you care about so they can enjoy it too. And do some clicking on the colorful linkies above, thanks!

In Cyberwar, There are No Rules

What is your most persistent nightmare? Mine is, I wake up one day and I can not get into any of my financial accounts online. And/or, when I do access them, I see that all the money is gone! I think the biggest challenge we have is a major disruption in cyberspace. I am telling my young techie son that focusing on cybersecurity would likely be a very nice expertise to develop with excellent compensation and job security!

Increased fear, uncertainty, and doubt surrounding cybersecurity have led to a world where we cannot tell what has and hasn’t happened. The nature of cyberwarfare is that it is asymmetric. Single combatants can find and exploit small holes in the massive defenses of countries and country-sized companies. It won’t be cutting-edge cyberattacks that cause the much-feared cyber-Pearl Harbor in the United States or elsewhere. Instead, it will likely be mundane strikes against industrial control systems, transportation networks, and health care providers—because their infrastructure is out of date, poorly maintained, ill-understood, and often unpatchable. Worse will be the invisible manipulation of public opinion and election outcomes using digital tools such as targeted advertising and deep fakes—recordings and videos that can realistically be made via artificial intelligence to sound like any world leader.

Lets get to more specifics and lets talk about aviation…

Once a week, a European aircraft manufacturer cleans all plane cockpits of Android malware. Pilots can pass malware to the plane from their smartphones when they plug them in, which the plane (while theoretically unaffected by phone-only malware) then passes it on to the next pilot with a smartphone. Planes are already covered in viruses, both virtual and microbial. In such a vulnerable environment, even an unsophisticated hack could wreak havoc. A text message sent to the phone of every in-air pilot giving them a national security warning or rerouting their planes could lead to emergency landings and widespread confusion, with more sophisticated attacks potentially leading to far more serious consequences. [Android malware…in the cockpit…passed from smartphones…WTF!!!]

Yet the White House, under President Donald Trump, has failed to fill or has outright eliminated almost every major cybersecurity position. There are a few brilliant holdouts bravely providing solid advice on information security and best practices. (The government agency 18F and the United States Digital Service are both doing valuable work but receive far smaller budgets than they deserve.) But cybertalent is draining faster than it is being replaced at the highest levels.

I think what the author is asking for is needed. And yet, I have no illusion that it will happen anytime soon…as long as Russia is ruled by Putin anyway…Be careful out there!

I LOVE this because it will SHOCK you! Ok, just messing around. But I must admit I really enjoyed this. What is it? It is a…

The perspectives you get are AMAZING! Here are some selected ones for you, there are more!

The area of Russia takes up 11% of the world’s land and the gigantic country borders both Norway and North Korea. But Russia is home to only less than 2% of the world population and is therefore shrunken in this cartogram to the size of Bangladesh, a country that is smaller than Florida

China and India are by far the most populous countries in the world. If you want to follow what is happening to the world you have to keep track of these two countries:

At the end, check out the population density map too!

Let me just say that I have always been a proponent of doing something about this! Then again, when rich taxpayers get tax cuts they did not ask for and certainly did not need, while it appears that the next area to fix is this one with so many really needing these benefits, well…

We are living longer and so there will be a lot more seniors. No surprise there. Something to add here. The Greek Finance Minister recently gave a speech in London and he said “Look, we have no fiscal holes in our pension system. Because all the seniors will eventually die”. Yikes! Yes, he said that, smh.

This article made me vomit. I hope the authorities go after some of these people portrayed here!

More than 1,500 mainlanders have established residency here since 2012, when the island rebranded itself as a tax haven…

In 2012, Puerto Rico had passed two laws intended to make the island a “global investment destination.” Act 20 allows corporations that export services from the island to pay only 4 percent tax. Act 22 goes much further: It makes Puerto Rico the only place on U.S. soil where personal income from capital gains, interest, and dividends are untaxed…In order to qualify for Act 22, individuals must prove to the IRS that they have become bona fide residents of Puerto Rico, without “close contacts” on the mainland. (Most native Puerto Ricans are not eligible for the exemption.)

Of course you will find that moron Harry Dent who wrote a book about the internet stocks before he hanged so many idiots who believed him only to write another book about the apocalypse coming right after it happened and caused so many not to be in the stock market after it bottomed out in early 2009. Yeah, THAT guy!

There are more…I think some of these people will regret talking to the journalist. I hope so anyway.

American Democracy Is in Crisis

Perhaps read this without considering the author. Who is a failed politician and will go down as the loser who managed to lose to Donald Trump, WTF! Or maybe you are a conservative who is trying learn how these weird liberals think.

I have been a little concerned, you may say, about why all the crazies are winning elections everywhere lately. Because it is a giant phenomenon with severe consequences ahead. We are all witnesses to it, sad!

Just a few things…And I hope she does not run again lol.

Trump may be uniquely hostile to the rule of law, ethics in public service, and a free press. But the assault on our democracy didn’t start with his election. He is as much a symptom as a cause of what ails us. Think of our body politic like a human body, with our constitutional checks and balances, democratic norms and institutions, and well-informed citizenry all acting as an immune system protecting us from the disease of authoritarianism. Over many years, our defenses were worn down by a small group of right-wing billionaires—people like the Mercer family and Charles and David Koch—who spent a lot of time and money building an alternative reality where science is denied, lies masquerade as truth, and paranoia flourishes. By undermining the common factual framework that allows a free people to deliberate together and make the important decisions of self-governance, they opened the way for the infection of Russian propaganda and Trumpian lies to take hold. They’ve used their money and influence to capture our political system, impose a right-wing agenda, and disenfranchise millions of Americans.

Meanwhile, hyperpolarization now extends beyond politics into nearly every part of our culture. One recent study found that in 1960, just 5 percent of Republicans and 4 percent of Democrats said they’d be displeased if their son or daughter married a member of the other political party. In 2010, 49 percent of Republicans and 33 percent of Democrats said they’d be upset by that. The strength of partisan identity—and animosity—helps explain why so many Republicans continue to back a president so manifestly unfit for office and antithetical to many of the values and policies they once held dear. When you start seeing politics as a zero-sum game and view members of the other party as traitors, criminals, or otherwise illegitimate, then the normal give-and-take of politics turns into a blood sport.

I am going to stop here. On Sundays, anything goes. You do not have to read my blog, it is a free country. For a little longer anyway lol. You can get your own blog to push your agenda, lets see how long you last woohoo!

Galaxies: Voyage to the Core

And I leave you with this…LOL 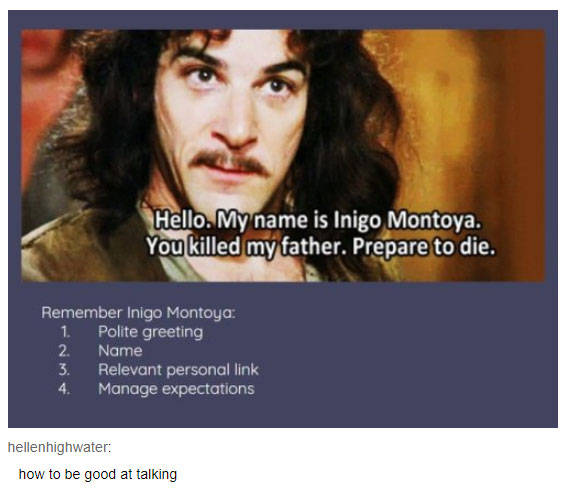