We bring you the news of the new Avianca Lifemiles Amex partner, travel to crazy festivals to throw stuff at others, enjoy marijuana tourism, a complete stopovers guide because you asked for it, look at fluffy clouds, state mottos, more Delta award sales, new Amex card online, why pencils are yellow and lots more for you freeeeeeeeeeeee!

The big news in the miles and points world was the addition of Avianca Lifemiles as an Amex Membership Rewards transfer partner. Knowing the history of this program…I would not get that excited. As these 9 Awesome Award Redemption Sweet Spots may not last long #warning.

Another Delta Skymiles Award sale. These seem to be coming out every other day now! #soweird

Register for this American Airlines promotion named Holiday Hero. If you fly for work. Or you are just bored. Because…it is one of the worst promotions I have ever seen #wow.

These appear awfully touristy to me: 7 crazy festivals where you get to throw stuff at people. Had  not heard about the world custard pie one!

Largest cruise ship, Symphony of the Seas, is almost here! These figures are mind boggling!

Now that recreational marijuana passed in Michigan, we expect all kinds of marijuana tourism attraction related businesses to flourish! #mindblown 🙂

I was excited about this when I first saw it: Employees can now save in a 401(k) by using a credit card. And then reality set in. Operationally, to make it work, it is a nightmare, forget about it!

I had no idea why pencils are yellow. Now I know! The Little-Known Reason Pencils Are Yellow. It’s all marketing folks!

In China, yellow had long been tied to royalty. The legendary ruler considered the progenitor of Chinese civilization was known as the Yellow Emperor; thus, centuries later in Imperial China only the royal family was allowed to wear yellow. Eventually, the shade came to represent happiness, glory, and wisdom. Hardtmuth settled on yellow to communicate the graphite’s geographical origins, while also linking its product to the long-held Chinese associations of royalty, and therefore superiority.

Remember some time ago I had some material about those mysterious sonic related incidents in the US Embassy in Havana? And then how they expanded to China. Well, they are still going on and I am starting to have crazy conspiratorial thoughts. As in the Russians or North Koreans are behind it trying out some new type of weapon. Or something like that. Evacuated after ‘health attacks’ in Cuba and China, diplomats face new ordeals in U.S. WTF i s going on! Something much deeper is going on, mark my words!

For the past 18 months, more than two dozen U.S. diplomatic staffers once stationed in Cuba and China have endured an ordeal that is equal parts medical mystery, political stand-off and bureaucratic muddle. Cuba and China deny any role. While the U.S. hasn’t named a culprit, it says the “health attacks” caused brain injury and other physical harm. Physicians enlisted by the State Department have identified what they call a “Brain Network Disorder” acquired by U.S. personnel serving abroad, say U.S. officials, that includes structural changes to the brain not found in any previously known disorder.

Best answer to these questions is “I don’t know”. Just Asking.

1. Where are stocks headed?

2. Has the great rotation begun?

3. Are value and foreign stocks cheap?

5. Will active managers shine if the downturn continues?

These are stunning. Which may be the understatement of the year! Captivating Photographs of Storm Clouds by Camille Seaman Show Nature’s Power. Interesting, to say the least. This map shows the official motto of every US state. 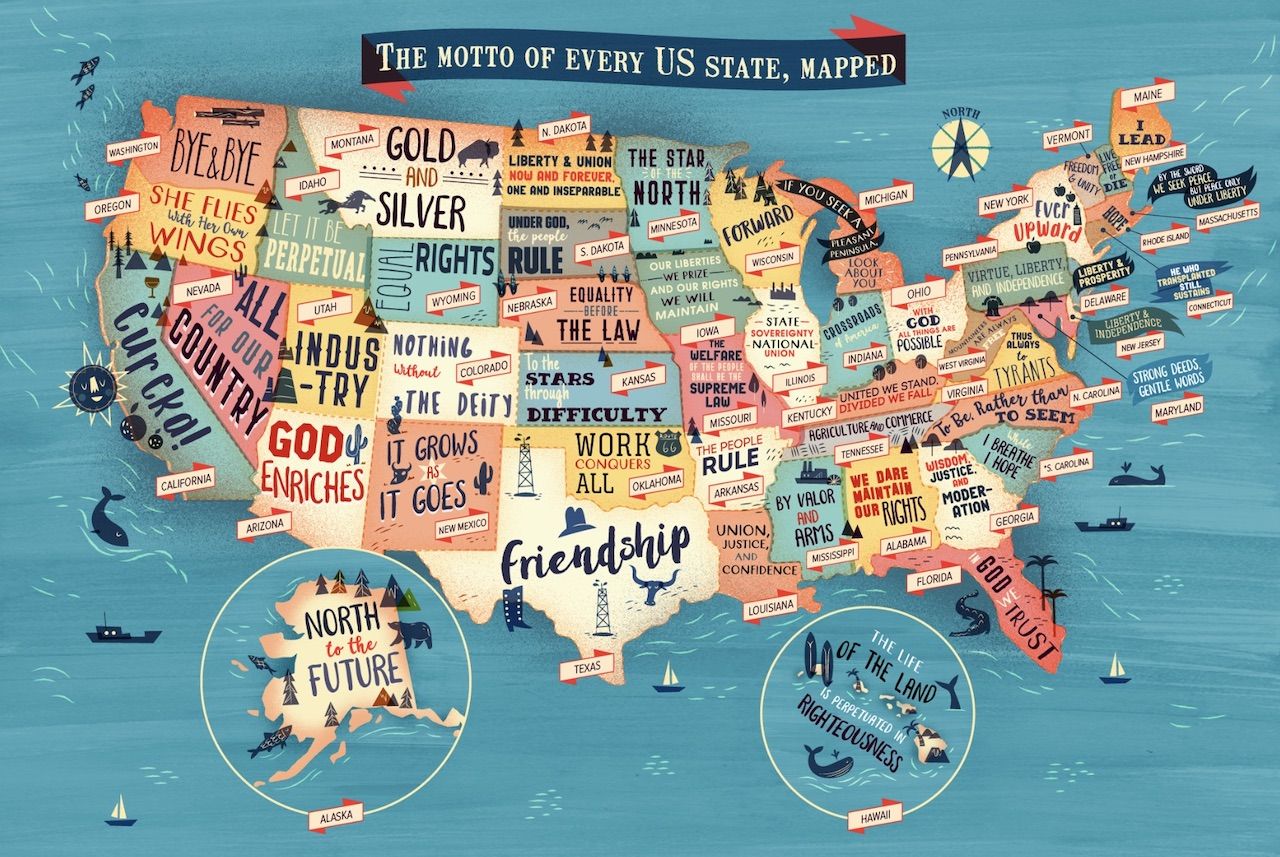 At the conference I just attended I saw this slide. These numbers appear very low to me…

In the 80’s there was this fun band, Kid Creole & the Coconuts. Apparently, they are still touring and having fun, enjoy this groovy live song

Kid Creole & The Coconuts – Caroline was a Dropout

Amex is sure doing a lot of work on its credit cards lately, wow! Big Business Gold card changes ahead, watch out! And it has no signup bonus, bwahahaha. Now watch them Titans sell it, sad!

Well, as I was saying…How Amex is Successfully Battling Back Against Chase in 2018. I would not go as far as to state that it is “successfully” battling back…but sure, yeah, it is at least not sitting around and letting the RATeams run wild too much!

A reader asked about this some time ago: How to Maximize Stopovers and Open Jaws [Ultimate Guide].

The World of Hyatt Visa card is finally here, at last! I had to push back paying for that new furnace to meet the minimum spend pronto 🙂

We are supposed to have our first snow today in Michigan…too early!

Son wants to go to Miami the last days of 2018 and…fares are hideously expensive! AA has no award space at all and United wants 65k miles for a RT ticket from New York. LOL. Told him THIS is why you plan in advance, good lesson to learn 🙂

This conversation actually took place at the conference I attended:

Colleague: How much time do you spend on the blog, looks like a lot of work!

Me: You don’t wanna know!

Colleague: It must bring you enough to keep going then.

Me: Not really. It’s embarrassing to say actually…

Colleague: (after he visits my day job website): What, you are not accepting new clients? But spend time on this blog, you are crazy George!

And I leave you with this…And I am outta here, enjoy the weekend!