We laugh at credit cards that do not exist yet but should, get you free FlexPerks points & an Uber ride, visit Barcelona to check out the slowest construction ever, The Sagrada Familia,  & review an article “Can Airlines Make Money?” & more!

Personal Finance Digest has a really fun post about credit cards that don’t exist (but should). Such as: beer affinity card, political card, Catholic Church card, etc. You forgot this one, oh wait, it exists!

Free $30 for first time Uber uses with Chase For new users. Maybe you can get your mother in law a free ride, no?

Can Airlines Make Money by Priceonomics. One of the best articles on the subject I have read, I think it is a must read! Here are some excerpts:

Well, I hope the above was educational. If not, maybe this graph can explain it a little better. Time will tell but I am sensing AA CEO Doug Parker will have the last laugh. Brace yourselves for the news of the “enhanced” AA award chart dropping soon! Let me know what other hobbies you are looking at okay? #sosad 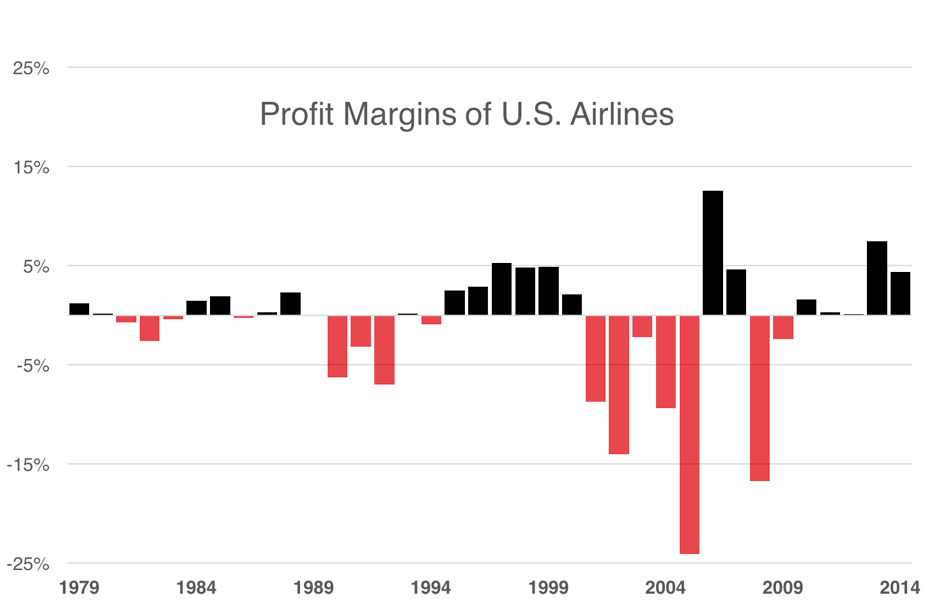 Okay, it’s Sunday and the above link took a lot of space here. I thought briefly about doing the monthly support TBB post but I decided against it at the last minute and spent the time to produce this instead. Just one more link before I let you guys play outside.

The Sagrada Familia in Barcelona is finally almost done, hooray! Hey, it only took 130 years. Only Greeks can work slower than them Spaniards lol.

Okay, one more. Because it would be a crime not to laugh as you are about to leave my site…

Thinking of going in for the Prestige card to get two $250 airline credits & the 50,000 ThankYou points. With $$ from me being First in a long time with my own Credit Card links this could work out nicely. But having both this one and that Platinum card makes me feel like an entitled Titan. Any valid arguments not to? Any rumors this one will go to 75k or 100k perhaps? 🙂

Thank you for making TBB a part of your life, I am honored! Help bloggers you appreciate & make a positive difference in your life by spreading the word about their blogs, emailing and commenting and using their few $ links.