We bring you some totally amazing life lessons from Kirk Douglas who recently passed away at age 103 and an epic takedown of Xi Jinping and the Chinese political system. This is not your typical blog, in case you have not noticed.

Brought to you by the amazing TBB Amazon link! This blog is published every Monday and Friday and Wednesdays. Except in major US Holidays. For now…

Every Monday and Friday you come here to find my Buzz posts. An eclectic collection of links revolving around Miles and Points, Travel, Personal Finance, Oddz and Endz where anything goes and then we end with the Blog Buzz section where I go off on blogger news, personal stuff, mini rants, jokes or whatever. And of course we always end with the patented funny pic/gif.

On Wednesdays, it is a different story. I like to give myself a break in between as I continue to read and find awesome links for you to publish on Mondays and Fridays. I may have a guest post (currently on hold due to budget cuts lol), my at least once a month support the blog post, some “Voices in my Head” type blog posts and rarely now travel trip reports or personal finance writings. Actually, I don’t know what will appear here on Wednesdays. Variety is the spice of life they say.

I take pride in my blog being different than all the others out there. What is always present though is a burning desire to educate, entertain and sometimes even inspire. And not pumping you to death promoting weapons of mass destruction (credit cards) every single day with content that is only served up to accommodate such plastic pumping!

So, a few things I read recently that totally blew my mind. And I thought they deserved to be singled out instead of being buried in the Oddz and Endz in a Monday or Friday post. Kind of like the Best of Web series I used to do when I singled out 5 awesome links. Hmmm, maybe I start those again?

Let me know what you think. Feedback is always welcome. Criticism as well, especially when it is constructive. Thank you for the support, I always appreciate it. This is a labor of love, the few clicks of support is gravy!

So, what do I have for you today? How about some excerpts from an interview Kirk Douglas did back in 2001. Kirk recently died at the age of 103! Acting legend is an understatement, read more about him HERE. I am reposting selected excerpts below, you will LOVE them! If not, I will give you your money back! Say what? 🙂 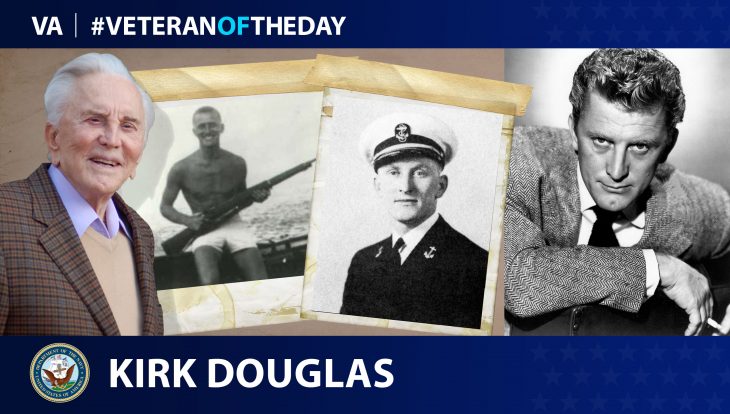 What I Have Learned by Kirk Douglas in Esquire April 2001

In order to achieve anything, you must be brave enough to fail.

I tell my sons they didn’t have my advantages growing up. I came from abject poverty. There was nowhere to go but up.

Give your children lots of rope. Allow them to make their own mistakes. Don’t give them too much advice. Each child is different; you have to respect that. It’s a crapshoot: You roll the dice, and you see what happens.

Love has more depth as you get older.

The more I’ve studied the Torah, the less religious I’ve become, the more spiritual. We Jews are taught to read Hebrew, but we don’t know what the hell we’re reading. At Yom Kippur services, I was reading the English translations, and it came to me: There’s so much adoration of God, but God doesn’t need us to sing his praises. He just wants us to be better people.

Everybody has an ego.

I never wanted to be a movie actor. I started out on the stage. The first time I was invited out here, I turned it down. Then Michael was born and I needed money, so I came. Sometimes, the thing that ties you down sets you free.

The learning process continues until the day you die.

If I thought a man had never committed a sin in his life, I don’t think I’d want to talk with him. A man with flaws is more interesting.

Making movies is a form of narcissism.

When I kiss my sons on the mouth, people look at me oddly. They look at closeness as a weakness. But a boy needs physical closeness with his father as well as with his mother.

No matter how bad things are, they can always be worse. So what if my stroke left me with a speech impediment? Moses had one, and he did all right.

Mistakes that are perceived as mistakes are often not mistakes at all.

One big disappointment in my life was One Flew Over the Cuckoo’s Nest. I bought the rights to the book, but no one wanted to make it into a movie. So I paid to have it made into a Broadway play. There was one line in there that was so beautiful. McMurphy is trying to help all these people on the ward. There was a sink, and he tried to lift it out of the wall, but he couldn’t. He tried really hard, but it wouldn’t budge. As he was leaving the room, with all the guys watching, he turned around and said, “But I tried, goddammit, I tried!” Sometimes I think I should have that as my epitaph.

Politics has become a dirty word.

There must be things in life that you can never master. Golf is one of them.

Age is in the mind. I’ve survived a helicopter crash and back surgery. I have a pacemaker. I had a stroke that almost made me commit suicide. But I tell myself, I have to continue growing and functioning. That’s the only antidote for age.

Maybe when you die, you come before a big, bearded man on a big throne, and you say, “Is this heaven?” And he says, “Heaven? You just came from there.”

Religion has killed millions of people. Something must be wrong.

Thinking of other people takes you away from constantly thinking of yourself.

It seems as if only now I really know who I am. My strengths, my weaknesses, my jealousies—it’s as if all of it has been boiling in a pot for all these years, and as it boils, it evaporates into steam, and all that’s left in the pot in the end is your essence, the stuff you started out with in the very beginning.

If you did not like the above, please leave and go read The Points Guy! Or any of these bloggers whose allegiance is to their pockets FIRST and YOU are the target product. Ok, I need to restrain myself you guys… 🙂

Ok, now for something deeper and I am going to stop right there as this one is a very long read.

This is written by Xu Zhangrun, a professor of law at Tsinghua University and the author of series of prominent essays critiquing of the leadership of Xi Jinping.  This is an EPIC takedown of Xi and the whole system of governance in China. This guy has already been demoted and likely to be arrested. It is just brutal. Just one small excerpt to give you an idea what this is about.

This viral outbreak, which has been exacerbated into a national calamity by the power-holders, is more perilous perhaps than total war itself, for everything is being caught up by the struggle—the nation’s ethical fabric, its politics, our society, as well as the economy. Let me say that again—it is even more perilous than total war, for it lays the nation open to a kind of devastation that even foreign invaders in the past had failed to visit upon us. The ancients put it well, “Only thieves nurtured at home can truly despoil a homeland.” Although the Americans may well be trying to undermine our economy, here at home The Axlerod is himself beating them to it! Please note: just as the epidemic was reaching a critical moment, He made a big deal about being “Personally This” and “Personally That“ [when meeting Tedros Adhanom Ghebreyesus, director-general of the WHO on 29 January, Xi made a point of saying that he was “personally commanding” the response to the outbreak, a statement that was widely derided online]. Empty words that only serve to highlight the hypocrisy. Such claims served merely to elicit nationwide outrage and sow desolation in the hearts of the people.

It is true: the level of popular fury is volcanic and a people thus enraged may, in the end, also cast aside their fear. Herein I offer my understanding of these developments in the broader context of the global system. Being mindful also of the cyclical nature of the political zeitgeist, and with a steady eye on what has been happening here in China since 2018 [when Xi Jinping was granted limitless tenure and Xu published his famous broadside aimed at the Party-State], I have formulated my thoughts under nine headings. Compatriots: they are respectfully offered here for your consideration.

And then the epic beatings continue in nine chapters…What a brave man, hope I don’t follow that up with a RIP!